Hello and welcome!!!.So, if you have not read the first episode then go check it out, so you don’t miss anything.For this episode we will be checking out an actor that I am currently obsessed with. 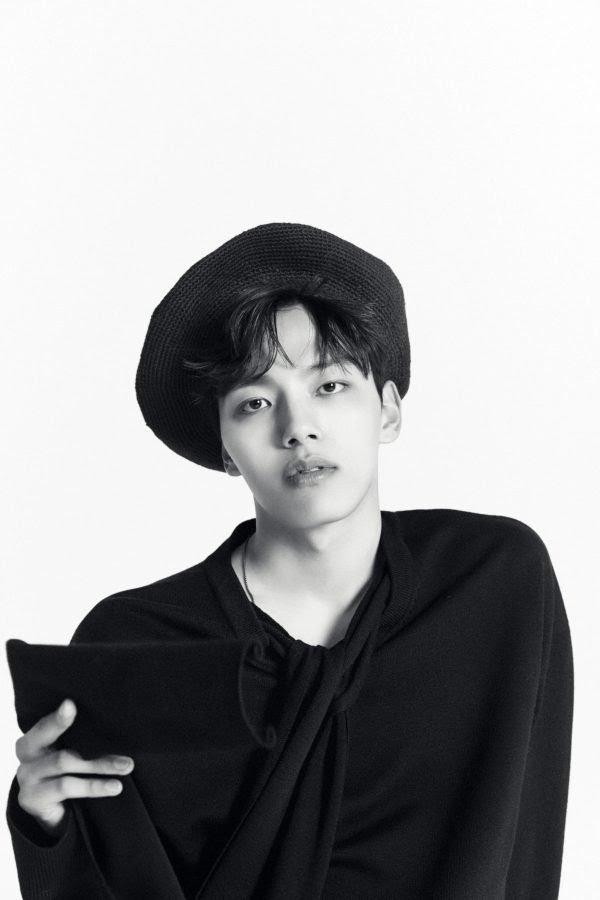 YEO JIN GOOThe first time I saw him was back in 2009, when a friend of mine recommended that I watched ILJIMAE which is a period drama where he played the younger version of Iljimae. 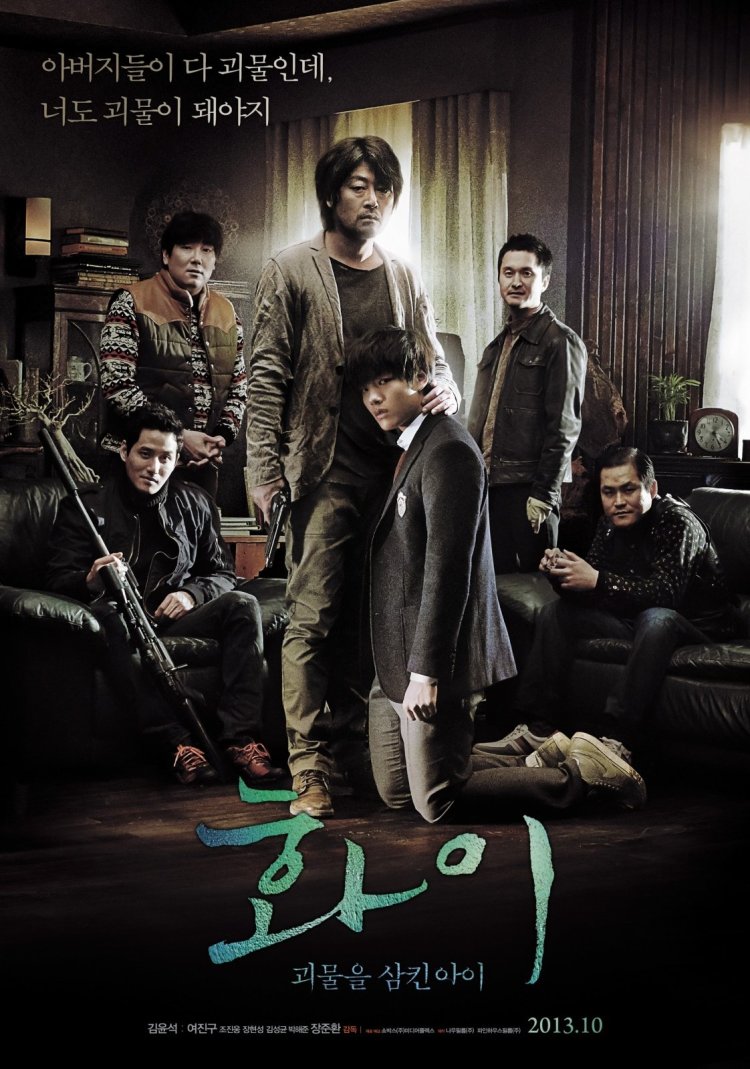 This is a 2013 movie which is about a boy who is raised by five criminals who kidnapped him as a child. He is raised to the perfect killer (assassin) and they would have gotten that, if he wasn’t forced to kill his father which really got this movie going.

The action scenes were really the best and I watch it atleast once every month. seriously, this movie really deserved all the awards it got and it won’t have been that great without Jin Goo’s great acting. He was amazing.

This is a 2015 movie set during the Korean War. It is about the relationship between a middle age South Korean and a Teenage North korean Solider, they start out enemies but they found this amazing relationship.

This movie is so comedic and hilarious. He was so great and I have never seen a better screen relationship.

Shoot Me In The Heart 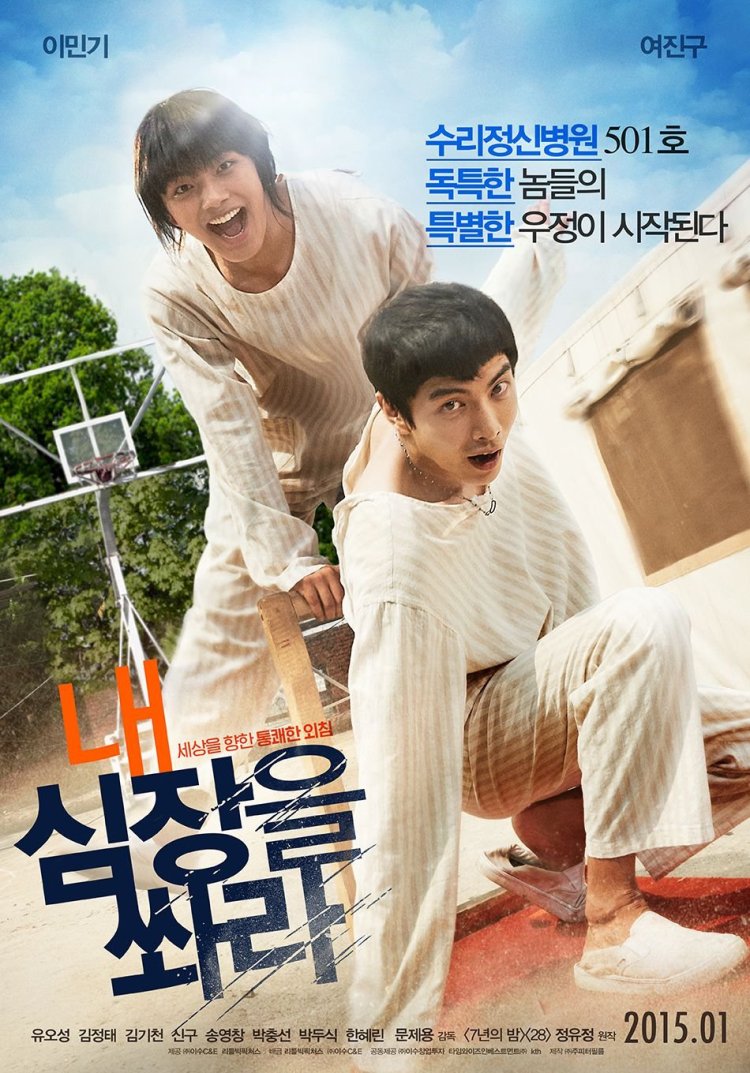 Here Jin Goo plays a young boy who gets schizophrenia and a phobia for scissors after his mother commits suicide.

Warriors Of The Dawn

This is a 2017 movie set in 1592 during the korean and Japan war. Here we follow a group of mercenaries tasked with protecting the crowned prince which was played by Jin Goo during a long journey which is important for the future of the country. 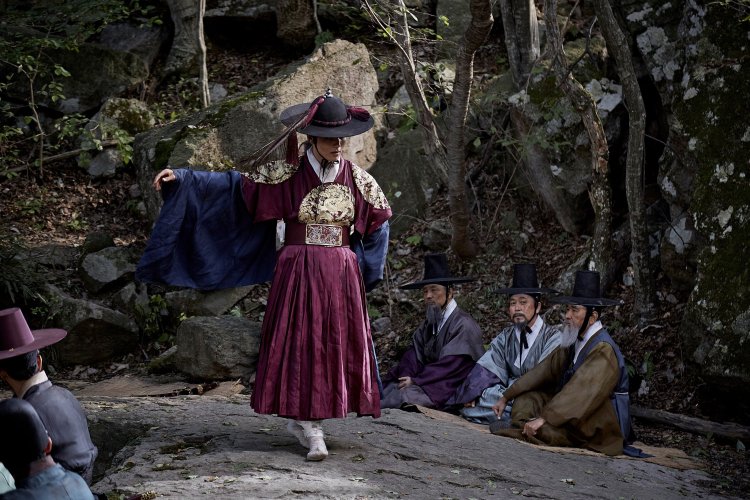 When the king escaped to save his own life the crown prince has to be the figure of hope. This drama was amazing and it is a must watch in my opinion.

Okay so he was in a few more movies such as A Frozen Flower which I have actually watched and loved, Sad Movie which was his debut movie which I still haven’t watched yet but I hope to soon, Sakwa is also another great one. He has played the younger version in a lot of movies like in Antique, No Mercy For The Rude, Dance of The Dragon. He had special appearances in Tazza: The Hidden Card, 1987: When the Day Comes (which by the way are both amazing films).

He has been in quite a number of dramas since he was a little child actor but I will be only mentioning his dramas that I have watched (which is still quite a lot) this is still quite a long list. I am going to list them in the order I watched them.

The legend of Iljimae is Korea’s version of Robin Hood which is set during the the Joseon dynasty. A legend who rose from humble beginnings to rob from the rich and fight for the poor while on a mission for revenge.Yeo Jin Goo played the young Male lead.

Even with him being a child in this drama, you could feel his experience and the amount of dedication he put into the character. I was quite surprised with the intensity of the role and how well he played it.

MOON THAT EMBRACES THE SUN

Love story between King Lee Hwon female shaman named Wol. Wol was born from a noble family and became the crown princess but soon was spelled, entrapped and faced death.

This drama was when I finally fell in love with him, here he played the young Prince Lee Hwon which he played along side Kim Yoo Jung. 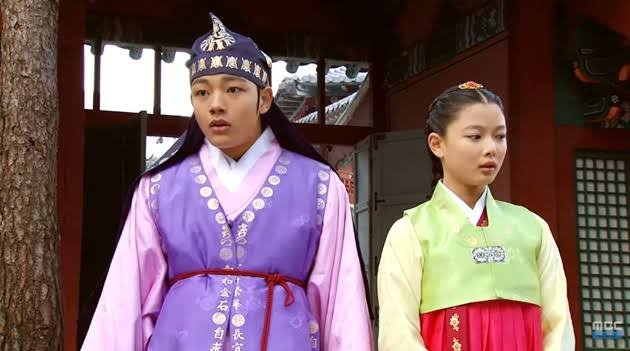 They both showed incredible skills for their teen ages at that time.

This is a 2013 Korean sitcom which runs for 120 episode which was really hilarious but at the same time discussing various issues surrounding this family when an asteroid threatens to crash into earth.

He acted along side Ha Yeon Seo and I will not forget to talk about Episode 8 epic kiss scene. It was freaking hot and I was losing my hair, pulling hard on it

Honestly at this point I was already obsessed with him and I couldn’t wait for his next drama, so when I heard he was going to star in a vampire themed drama I was sold. 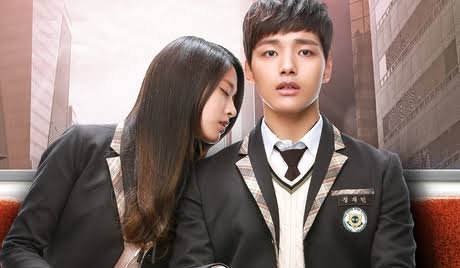 I didn’t particularly like the webtoon which it was adapted from and maybe it’s just the script of the drama or even the overall story, it seemed too all over the place but that didn’t deter his acting.

He acted alongside Kim Seol Hyun and the drama is a fusion of traditional and modern.

This drama is also know as Jackpot in which a Joseon nobleman with political mogives is forced to live as a commoner and hatched a devious plot that brings about the fate of two princes, one of whom is unaware of his royal blood.

Here he plays Prince Yeon Ying-gun who later becomes King Yeongjo. Oh my God, he showed incredible acting and he was just so amazing.

He acted alongside Jang Geum Suk and Lim Ji Yeon in this periodical drama.

This drama centers on the tale of the Joseon king and his doppelganger a clown whom he desperately puts on the throne to escape the intense power struggles afflicting the royal court and the royal family.

This drama was just perfect and was well deserving of the high rating. Here Yeo Jin Goo had dual roles as he played both the crazy, out of his mind king and the free-as-a-bird clown. 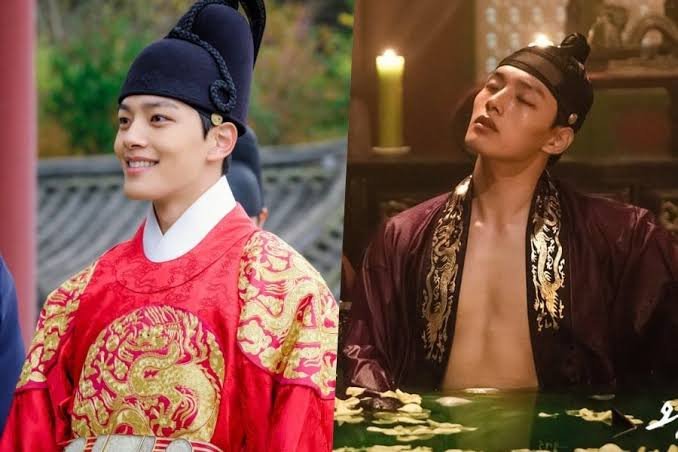 As contrasting as the roles were he was able to show great acting and it was just so beautiful.

A humanoid is created to be the absolute boyfriend and it is mistakely delivered to a special effect artist who has recently got her heart broken by her long time boyfriend.

Yeo Jin Goo acts as an android programmed to become the perfect boyfriend.

Here he acts alongside Minah who becomes his girlfriend. This isn’t my favourite work of his but I found it funny and cute and I would probably watch it again.

This is a fantasy set in the real world where a 19 year old high school boy whodies in a car accident 12 years ago coms back to life stunning his family and high school friends who are now in their earlier and late thirties. While he remains a 19 year old, he is confused what happened but now he has to help bring his family together.

With the assistance of his friends and Jung-won, Hae-sung sets out to make things right for his family and solve the mysteries surrounding his death and resurrection.

This is his latest work where he partnered with Lee Ji Eun (IU). He works as her human manager in her Exclusive hotel where ghosts are consoled before being lead to the otherworld.

This drama concluded on high rating which led it to be named the 8th highest rated Korean drama in cable television history.

I will be linking a full review of the drama HEREcheck it out.

This is the one I just watched recently and I really loved, I just wished it got more attention. This is a Sci-fi, mystery, dystopian ish kind of drama.

The main reason I decided to watch this drama was because of this comprehensive review. This is one of his earlier works and I have watched his parts in this drama and I absolutely loved it.

He played the young Baek Soo who was born deformed and had to live in a restricting cast for most of his childhood while he watched other children play and bully him until he was challenged and he had a new outlook on life. 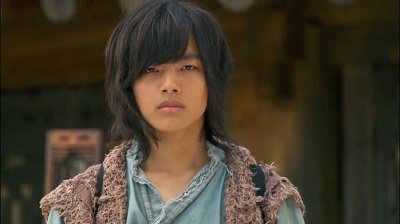 I definitely loved his acting in this drama..He is also in a few other dramas that I have not watched such as Ja Myung Go, Giant, Tazza and much more.so feel free to check them out and let me know how you liked them..3 of my favourite works of his are The Crowned Clown, The Royal Gambler and Hotel Del Luna. These 3 dramas truly brought out all his acting skills and his development as a great actor. I also really loved him in A Long Way Home, he really showed exceptional acting..Thanks for readingHave you watched any of Yeo Jin Goo’s movies or dramas? Did you enjoy them? Are you a fan of his?