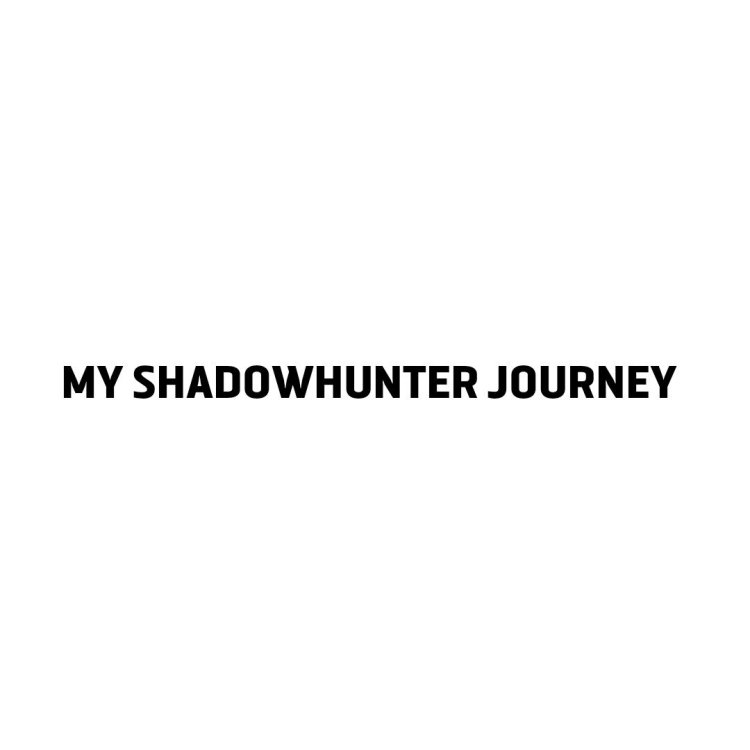 Today I will be telling you all about the Shadowhunter Chronicles (really I will just be raving about how much I love this world and it’s characters).

I will tell you how I read the books in this huge and non-ending series and the best way to read it for maximum enjoyment and no spoilers.

Also I will be pointing out my best in the series.

How I read the Shadowhunter Chronicles 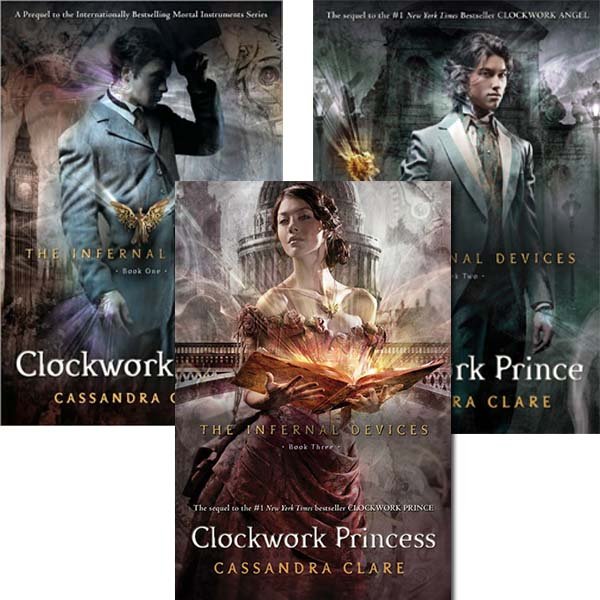 Brief summary of The Infernal Devices

Simply put, it is about this race of people called Shadowhunters (basically they are ordained by angel Raziel to rid this world of demons). This particular series takes place in London and is set in the late 1800s. This is where we are introduced to Tessa, Will and Jem and just a little tip (favorite love triangle ever written, just so you know). This begins when Tessa arrives in London in search of her brother who has gone missing, only to be captured and trained my witches/demons until she is rescued by a hot shadowhunter, Will. She is thrust into this world she had no idea existed and she soon finds herself in the middle of a battle that can spilt humanity in half. But this review won’t be complete without me talking about the strong love relationship between Tessa, Will and Jem. There is something so pure and clean about their relationship, there was no malice, no trying to one up each other. It was just perfect. (Okay I will stop raving now)

Then I moved to The Mortal Instruments which has 6 books I.e City of Bones, City of Ashes, City of Glass, City of Fallen Angels, City of Lost Souls and City of Heavenly Fire. 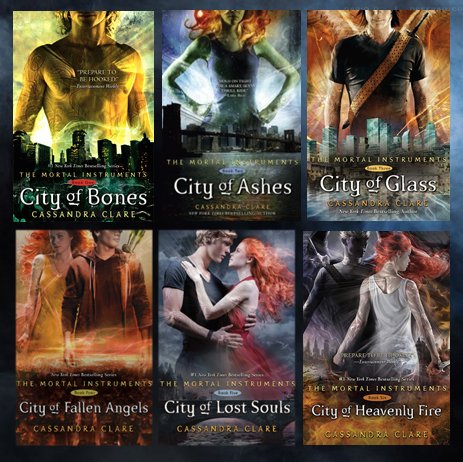 Brief Summary of The Mortal Instruments

Still about Shadowhunters or Nephilim as the Downworlders call them (by the way downworlders are vampires, werewolves, Faeries and Warlocks). In this series we follow Clary Fray (also called Clary Fairchild or Clary Morgenstern) whose mother changed her name in order to protect her and Clary from the shadow world. As we can expect things don’t go that way and soon she is seeing things she can’t explain and one day she meets Jace Wayland who is a Shadowhunter with all his Runes and Hotness (okay I will calm down now).

Clary has always believed she is a normal human like the rest of us, only she soon finds out that she is part of a world her mother has sheltered her from. SHE IS A SHADOWHUNTER (Cue Dramatic Music)

Anyways we follow Clary, Jace, Alec (who is Jace’s Parabatai), Simon (who is Clary’s bestfriend and Vampire to be) and a lot more in this book series. This would be a journey you won’t want to come back from. The world is just so expansive that I can understand why Cassandra Clare keeps milking it.

So immediately after finishing the mortal instruments I could not leave the world and how I had built it up in my head. Then I read the Tales of the Shadowhunter Academy. This is a novella bind up of 10 stories written by Cassandra Clare in collaboration with other authors. 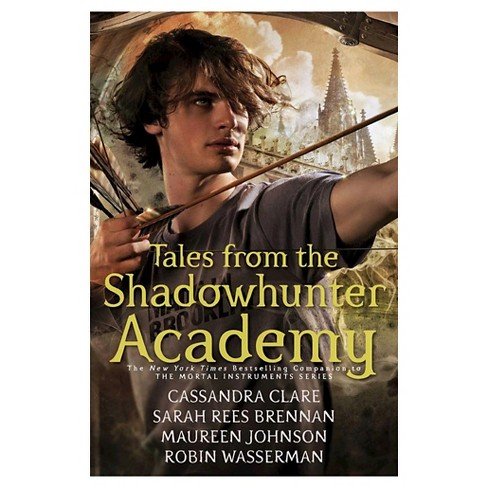 Brief Summary of the Tales of the Shadowhunter Academy

This is where things get a little spoilery and why you should read till the end to see the best way to read the books. In this book we follow Simon Lewis (remember him as Clary’s bestfriend) who was a Mundane in the City of Bones before he later became a vampire in the City of Ashes all through the series till….(holding what lead to what, trying to not spoil)

He was admitted into the new shadowhunter school in Idris and in this book we follow him as he attends the academy and the people he meets. At the same time this books reveals the past of a few characters that were introduced in the previous books.

Having read the first novella bind up, I picked up The Bane Chronicles. In this one we follow Magnus Bane, High Warlock of Brookyln. (He has lived a long life, he and a few other characters are present in all the series) 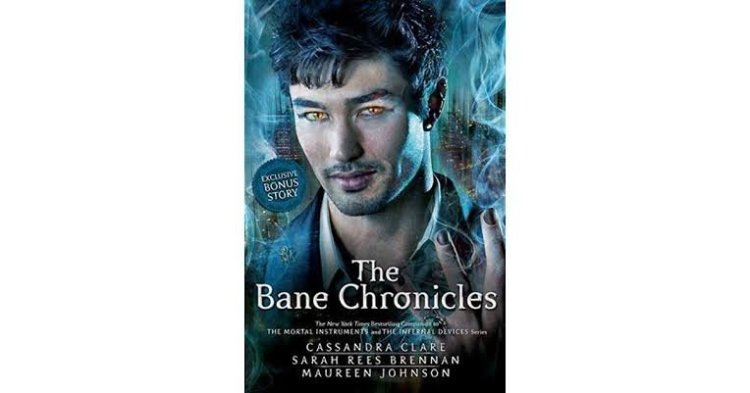 Brief Summary of The Bane Chronicles

Honestly I can’t tell you much without giving spoilers but all I can say is that we follow Magnus Bane who by the way is one of my favourite characters in the whole series. He has magic and he is mischievous and we follow him and all the wrong and right things that happens as a result of his magic or just bad timing (remember what happened in Peru)

So after taking a short break from this world (reading other books, just to remain sane, the ending of the mortal instruments sort of destroyed me). I finally started The Dark Artifices, oh my God, this particular series broke me!!! There are 3 huge books in this series I.e Lady Midnight, Lord of Shadows and Queen of Air and Darkness.

How do I begin this without breaking down? 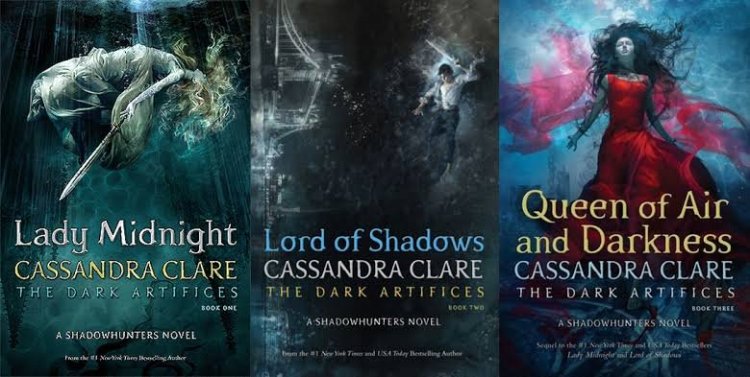 Brief Summary of The Dark Artifices

This is the sequel to the mortal instruments and it takes place 5 years after the City of Heavenly Fire. Here we follow Emma Carstairs and her journey as a Shadowhunter at the Los Angeles institute and her relationship with her best friend and Parabatai Julian Blackthorn and his Family who spearheads the LA institute.

As much I would like to bombard you with a lot of spoilers that almost killed me, I will just point out that romantic relationships between parabatai is forbidden but as it would happen this two can’t keep their hands, eyes and mouths off of each other and it is really breaking them.

This series is told from multiple perspectives and there is a huge influx of characters that my head almost exploded.

There are so many relationships and entanglements in this series, like so much was happening at the same time and the wait between the books was soul wrenching.

Kieran, Christina and Mark (all I will say is that it was one hell of a triangle, hot steamy triangle)

Recently, The Red Scrolls of Magic was published which was co-written by Cassandra Clare and Wesley Chu. It is the first book in The Elder Curses trilogy. If you end up reading the books and became #Malec supporter (Magnus and Alec) then this is for you. 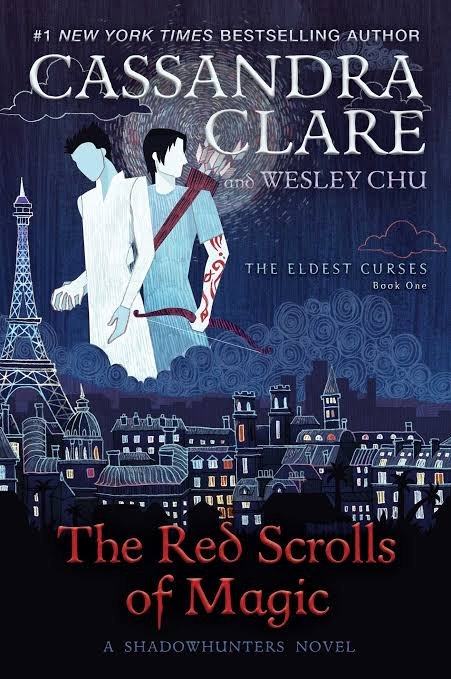 Brief summary of The Red Scrolls of Magic

In this book we follow Alec Lightwood (remember him as Jace’s Parabatai) and Magnus Bane (high warlock of Brooklyn) on their not so short vacation across Europe. This actually takes place during the City of Heavenly Fire. (There is really no way I can talk about this book with giving spoilers but Don’t worry it’s fine)

Alec kisses Magnus is the Hall of Accords during the mortal war, finally coming out to everyone and also telling them he is dating a downworlder.

They go on this vacation but trouble seems to follow them everywhere they go and soon they are chasing down demons and a demonic cult. All Magnus’ romantic plans destroyed. Pity.

Now I will be telling you the best way to read the books so you don’t get spoiled for the next book.

Now time to tell you my best books in the series

Thanks so much for reading, I hope you enjoyed it. Don’t forget to leave a comment and subscribe to my blog.

8 thoughts on “My Shadowhunter Journey”